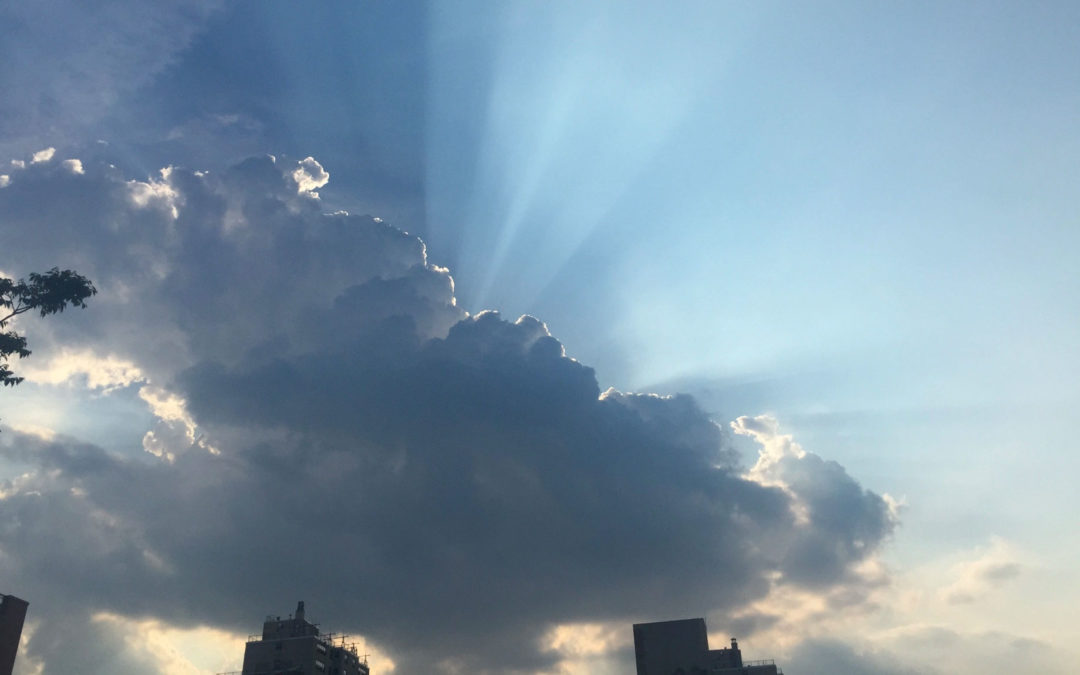 I have made about three or four different attempts at writing this post. Each time I re-read them I am disappointed and I start all over – trying to write something that’s as profound as the last few months have been. But I know that now is the time to just spit it out already.

Since I left my last job, I spent a lot of time trying to re-discover myself, find my value again and at the same time find a new job. A lot of what I wrote about in my blog has admittedly been about the job piece – though both things were going on all the same. But since March, there has been a whirlwind of activity that I think has started to unlock the bigger pieces of the puzzle for me.

It’s like when all you’ve seen for days is clouds and rain, and suddenly you see some of the layers breaking up and there is some blue sky there. It’s faint and intermittent, but you feel that things are changing. That’s kind of where I am right now…

In early March I was pretty frustrated. It had been over a year since I decided to take my power back, it had been exactly 12 months since I moved to Brooklyn and yet I didn’t feel like I had grown leaps and bounds. I didn’t feel like I re-discovered much at all about who I was. I didn’t go take a 6-month cooking course in Tuscany to find out that I was really meant to be a chef. I didn’t get in my car with a suitcase and my 1990’s soundtrack and drive route 66 for three weeks. And I certainly didn’t go on a month long yoga retreat at some place like the Canyon Ranch, or better yet out East like the infamous path in Eat, Pray, Love.

Maybe it’s because I felt like I just didn’t make much progress that I decided to do something extremely scary – I decided to take a good hard look in the mirror. To make a long story short, a trusted mentor recommended an 4-day immersive experience with 25 other people to do some serious self-discovery. I was told that it was the kind of experience that is supposed to create friends for life, and a real personal breakthrough. Beyond that, I had no agenda, no demographic make-up of the group and the most scary thing of all is that I had no idea what kind of food would be available. 😉 The concept was like being told to close your eyes and open your mouth – that it will be good for you! So, I did. Like in the movies, I found 10 seconds of courage (reference – I Bought a Zoo) and signed up – and there was no going back. The offsite was to take place in about a month. But before it started…

I Accepted a Job!

Wonder of wonder, miracle of miracles! I was offered a job literally within the first 24 hours of the official start of spring.

For the first time in a VERY long time, the person who interviewed me was the same one I would be reporting to. This in and of itself was different from my past several positions.

I was excited to try something new, to learn something new, to take a risk, to set myself up for a new kind of path (if I decide to down the line) and above all, I knew I wasn’t settling. I got just about everything I was looking for in my next step and it felt good.

I started realizing that the process over the past year had helped me get to this opportunity and this decision. I was pretty freaking excited about it…and then I remembered about that whole offsite thing…

Literally one week before I was to begin my new joB, I came home from a very unique experience of learning more about myself and started to scratch the surface on how I could be a better me.

I started some new practices, which included “sitting with myself” – or in other words meditating for a few minutes a day. I started the practice of drinking more water and breathing deeply more often throughout the day. Beyond the physical I started trying to react to people differently. I made an effort to listen more, judge less and ask questions before stating opinions.

It all sounds so zen right? Well, maybe a little. I felt more calm and centered going into my new job, that’s for sure. I am still working on these things – and a whole lot more, BUT my big takeaway is that the Universe did come together for me this spring. I was able to feel movement within myself personally and at the same time found my new path professionally – and all in the most perfect order of things. Not to mention I did meet some amazing new friends along the way.

Now my friends, it’s game on! I’m working on being mindful and aware in new ways. I’ve really enjoyed the first month in my new job, and feel blessed to have started this new role after having an eye-opening experience. What’s crazy is that I feel like I’ve only just begun to scratch the surface on my self-discovery, but I know all of the experiences in the past year has led me to be exactly where I am. And it’s freaking exciting. Right now I feel a kind of energy in my body. Perhaps this is a result of finally being able to tell just a little bit of my story. Perhaps it’s because I’m accepting that I have been able to make some real change in the past seven weeks. Or maybe it’s because I feel a real happiness in my life that I haven’t felt in a while.

Thank you to all my readers in the past eight months who have supported me as I entered the world of blogging and expressing my discoveries. I certainly don’t plan on stopping now. In fact, I’m just getting started… 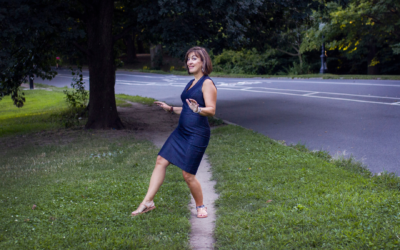 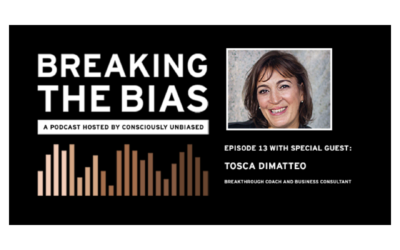 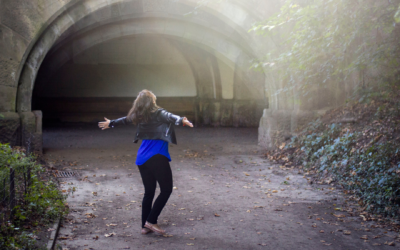 Time Is On Our Side